Others in this series: Meditation as an Inner Glow * . . . * The Mind Needs a Job * Beginning the Journey

Meditation as Kindness and Wisdom

The Great Way is not difficult for those who have no preference.

Before he was a Buddha, Siddhartha Gautama was a prince. His father was wise, his mother was generous, his wife was kind, his friends were cultivated, his palaces were beautiful: he had the best his world could offer. Still, things got messed up: crops failed, roofs leaked, bodies sickened, relationships drifted, friends died, and as the songwriter Paul Simon put it, “Oh spare my heart, everything put together sooner or later falls apart.”

Siddhartha wondered if there was a more enduring foundation for happiness than the people and things around him. In the middle of the night, he snuck out of the palace with his bodyguard, Channa. When they were far enough away, he exchanged his clothes for monk’s robes, shaved his head, and sent Channa back to the palace with his horse. He traded the life of a prince for the life of a barefoot monk on a spiritual quest. His attention shifted from the outer to the inner world. 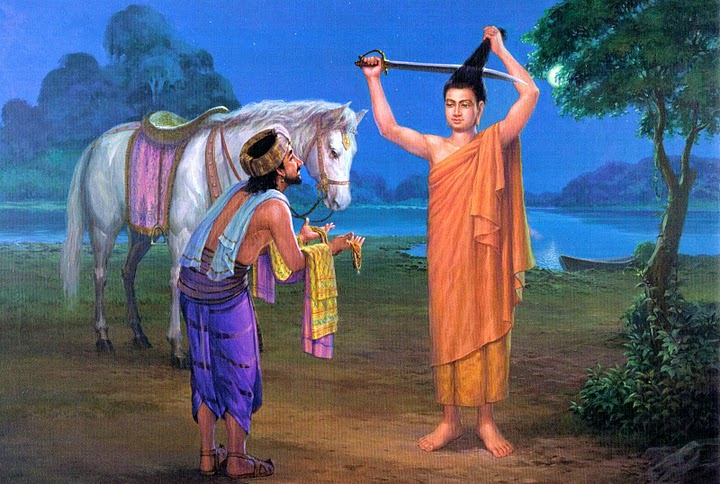 For eons saints and seekers had known practices that create deeper and longer-lasting comfort than the world provides. Siddhartha engaged these earnestly. He found more inner peace than he had known. But internal states were not eternal: sooner or later these too fell apart. No matter how delicious the bliss he entered into, he always came out of it.

So he switched strategies again. Happiness and unhappiness would not bend to his will. So rather than try to manipulate consciousness, he sat back to observe it. How did it operate? What made it tick? What attitudes gave rise to joy? What urges caused anguish?

He found the mind was not capricious. Despite first impressions, it was not erratic. It followed laws of cause and effect.

The natural laws were reliable enough to be a foundation for enduring happiness and wellbeing. He designed a practice that leverages these laws.

This is the first talk in a series giving an overview of this practice. We could call it mettapanna or “kindness and wisdom meditation” because it’s foundation is gently and clearly observing how the mind works rather than trying to control it. It could also be called “easing awake” because of the twin emphasis on ease and waking up.

In the next talk we’ll compare one-pointedness to a relaxed, receptive mind-heart. In this talk we’ll look pure awareness and natural laws that undergird this practice. We start with cause and effect.

The principles of cause and effect are easily observed in ourselves: dry air causes the skin to itch; itching causes an urge to scratch; the urge causes us to rub the arm; the rubbing causes the itch to subside and a feeling of relief to arise.

The sequence seems too obvious to mention. But as the author Stephen Levine noted, “Most people scratch without realizing they itch.” Most people live relatively unaware of what’s going on in their minds.

But when the mind and heart are relaxed and clear, we can observe the inner landscape. We see it is predictable and follows dependable laws. Some laws are subtle. But they are as impersonal and reliable as the law of gravity.

When I was in high school, I learned the formula for the law of gravity: objects pull one another with strength directly proportional to the mass of the objects and inversely proportional to the distance between them. But I first knew how gravity worked years earlier when I put on my superman cape, jumped off a brick wall, and hit the lawn with a thud.

I still don’t understand why objects pull one another. No one does. But lying on the ground, my insight into how gravity worked was so profound that over fifty years later I am not the least bit tempted to jump off a wall with or without a red cape.

Similarly, when we see the mind-heart in refined detail, we may not know why it does what it does. We may not know why desire and aversion distort perception. But we can see how they work. Learning it as a formula is not enough. We must know it directly and intimately in our own experience.

One of the natural laws governing the mind-heart is that pure awareness has an almost magical calming effect. "Pure" means awareness with no agenda: it sees without judgment. I don’t know why this is so. But if we pay attention we can see how it works:

If the mind-heart is restless, depressed, irritated, or worried and we observe it without preference, it calms down. But if we have the slightest aversion or desire for it to be different, our thoughts run amuck. Similarly, if we’re calm or joyful, but aren’t aware of it, our mood tends to tighten. But if we are serene and know it, the serenity deepens.

Walking through Paris one day, P.D. Ouspensky vowed to be continuously aware. A few moments later he saw his favorite tobacco shop and turned in. Three days later he remembered his vow to be aware.

The mind likes to wander. It is curious about people, sights, sounds, thoughts, irritations, longings, memories, re-runs of conversations, and just about everything but itself.

Remembering to be aware of awareness is difficult in the beginning – but not impossible. We can sense it for a short time. You can do it right now. What is the quality of your awareness? Is it light or heavy? Focused or scattered? Easy-going or tense? …

It snowballs. With time and practice, peaceful lucidity becomes self-sustaining.

Siddhartha realized awareness of awareness could be a foundation for enduring happiness. It brought forth the mind’s natural peace and calming luminosity. He called it “waking up.”

The essence of the Buddha’s meditation is: remember to observe the mind-heart and how it moves. Remember to be aware of awareness itself.

When we do that, we quickly see that the mind has a mind of its own: attention wanders from one place to another despite our intentions. It’s essential to realize how this works, how attention moves, and how various attitudes cause various qualities to arise.

To see how the mind-heart works, we nurture detached curiosity and relaxed attentiveness that welcomes pleasantness and unpleasantness equally. We seek clarity and acceptance. This helps us clearly know the movements of the mind’s attention.

There are other definitions of meditation. But this is the one I’ve found most helpful.

The Buddha’s meditation is a precise, on the ground, paint-by-the-numbers method of cultivating love, kindness, and wisdom.

To act from love is to act with kindness.

Wisdom is perception. Cleverness is figuring things out. But the wise person sees clearly to the heart of a situation and sees the broader context at the same time. A mind-heart that is clear of thoughts, desires, aversions, or cloudiness sees more clearly and wisely.

So at its core, remembering to observe the movements of the mind and remembering to be aware of awareness is a detailed and precise way of cultivating self-sustaining love, kindness, wisdom, and wellbeing.

Some people find it easy to be aware of awareness. They can begin meditating right there. For others, awareness of awareness is elusive. They do better starting with an object such as the breath or a phrase.

If you use an object in the beginning, eventually you’ll want to shift to awareness itself. If you don't shift, your meditation will not progress very far. However, don’t push for it. It will happen on its own. When it does, you shift from the object to the quality of awareness.

The Buddha was one of the most gifted meditation teachers the world has known. He taught a style that begins with both objects and awareness itself. You don’t have to choose one or the other because he uses both. Anyone can use this style. And as it progresses, the objects fade and awareness itself becomes more and more prominent.

Deep meditation is more accessible than many people imagine. If you have a practice that works well for you, that’s great. But if your practice is not deepening, it may help to adjust your technique or attitude toward this style.*

Others in this series: Meditation as an Inner Glow * . . . * The Mind Needs a Job * Beginning the Journey

This document is licensed under a Creative Commons Attribution-NonCommercial 4.0 International License. You are welcome to use all or part of it for non-commercial purposes as long as you credit the author. Specific licensing details are here.
How to cite this document (a suggested style): "Meditation as Kindness and Wisdom" by Doug Kraft, www.dougkraft.com/?p=KindnessWisdom.