The universal is found in the particular, not the general. 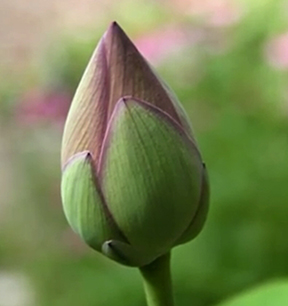 The lotus seed settles deep into the muck at the bottom of the pond and sends roots into the darkness below. It also sends a stalk up through the murky water toward the light. Unlike a lily that floats, the lotus rises out of the water holding its leaves above the surface of the world. The bud unfolds into a pink flower that soaks up the sunlight. Soon the petals wilt and the colors fade. The remaining pod droops and drops its seeds. They settle into the mud at the bottom. 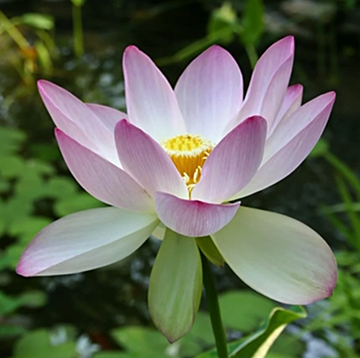 Another seed goes through the same cycle in the same pond. But it settles in deeper water. The nutrients are richer there, so it doesn’t have to send out as many roots. However, it takes longer for the stalk to reach the surface. Its orange blossom opens a day later than the first. It rains on this day. It takes a little longer for the flower to open fully. The first one has gone to seed while the second is still coming into its prime. 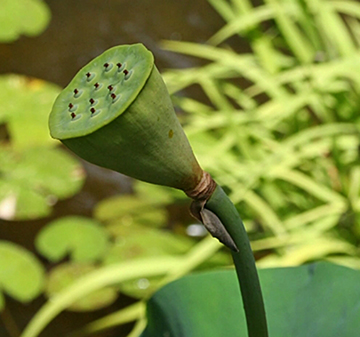 This cycle has been going on for a long, long time: seed to roots to stalk to bud to blossom to pod to seeds.

The lotus doesn’t notice if its roots grow far to find nourishment or if it gets what it needs close by. It doesn’t care if its flower opens sooner or later. It doesn’t mind that its flower wilts. Unconscious wisdom allows it to be wherever it is in its cycle. Indeed, without a complex nervous system, the lotus cannot self-reflect. It just is.

We humans reflect. Evolution gave us minds that search and seek and try to find the best way to be. Our minds generate preferences, opinions, and judgments. We find it more difficult to just be.

We may look at the lotus and dislike its murky depths: too cold and gooey. However, when the blossom opens we get out the camera — that’s the part we want to remember. When the flower wilts, we put the camera away.

We have our own cycles. Our consciousness arises from murky confusion into radiant awareness that fades into nothingness.

The Buddha described this path by outlining stages (jhanas). It is easy to look at these stages through our preferring-comparing-liking mind and see them as states to attain. But that misunderstands the Buddha’s intentions.

This path is about attunement, not attainment. It’s not about getting anywhere. It’s about stripping away tensions and distortions that prevent us from being fully where we are. The jhanas describe phases we can reach and make suggestions on how to relax more deeply into these various phases. This helps us find the wisdom that attunes to wherever we are.

The Buddha describes the jhanas in general terms. Yet everything unfolds in its particular way. No two lotus flowers are exactly alike. If they were, the pond would be monotonous. Each flower’s beauty comes through its uniqueness.

The same is true of us.

I gave a Dhamma talk the other day. The average person listening was 54.3 years old, had brown eyes with a touch of hazel, stood 5 feet 9 inches tall, had 2.3 children and 0.7 grandchildren, and had been meditating for 3 years and 21 days. Seventy-two percent were female.

But no one fit this profile exactly: we were all different.

This is a good thing. If we were clones, the world would be monotonous.

There is a beauty, vitality, and aliveness that can shine through everyone. But they manifest differently in each of us. A person is beautiful not because they are a generic man or woman but because they are uniquely who they are. The universal is found in the particular, not in the general. When we attune deeply to ourselves, when we are what we are, a universal vibrancy emerges. When we try to be just like someone else — even a Buddha — we become murky and cloudy.

The Buddha’s path is about opening to what is present right now — attuning to the unique way the universal vibrancy manifests through us. The best way to use the Buddha’s guidance is to allow it to point us in the right direction. Then we settle down and attune to what we actually experience.

When two guitars are tuned together, playing a string on one causes a string on the other to vibrate. The sound waves traveling through the air help the strings resonate together.

This meditation is about attuning and resonating.

Attunement is a lesson I learn and forget and relearn over and over again. If a lousy mood shows up, I may say, “Well Doug, you’re in bad shape. You better fix yourself before somebody notices.” I can struggle and push and try to “improve” myself.

Or I can bring an open and soft awareness to the crummy mood: just notice clearly what’s there without creating a story about it. I can resonate deeply with this phase of the cycle. The lotus doesn’t complain about the murky depths or the dropping pod. It’s just a phase.

This gentle openness doesn’t make the mood go away. But since I’m not wrestling with it, I don’t engage it. If I don’t engage it, I don’t identify with it. It’s just a mood: nothing to condemn or judge. Clear awareness is light and buoyant even when viewing something dark and murky. And then a smile arises from nowhere.

This document is licensed under a Creative Commons Attribution-NonCommercial 4.0 International License. You are welcome to use all or part of it for non-commercial purposes as long as you credit the author. Specific licensing details are here.
How to cite this document (a suggested style): "Attunement, Not Attainment" by Doug Kraft, www.dougkraft.com/?p=AttuneNotAttain.