Jackie was very curious by nature.

She lived on a planet that was pretty much like earth. Except for one thing. Like earth it had blue oceans and green forests. It had animals and birds and wars and pollution and ice cream and popcorn and crime and videogames and MTV (or at least their version of videogames and MTV). The one thing that was different was they had these way-cool, hi-tech, computerized glasses. 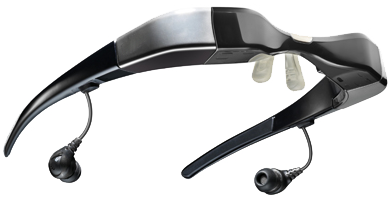 When Jackie was five and a half and taking swimming lessons, she got her first pair of glasses. They fit so snuggly right around her head that she could wear them underwater – they’d keep the water out of her eyes. And they fit so snuggly that she could run and turn summersaults without having them fall off. She could jump in the river and swim underwater and then hop on her bike and ride real fast without worrying about water or wind or dirt getting in her eyes. And they fit so comfortably that after a while, she didn’t notice she was wearing them. She could even sleep in them. They were way-cool glasses.

When Jackie was a little older, she learned that the glasses had all kinds of gadgets in them. There was a little keyboard on the right side. After she got the hang of it, she could tap, tap, tap on the keys in a certain sequence and the glasses turned dark to protect her eyes from the bright sun. If she went tap, tap, tap in another way, the glasses gave her night vision. She could see in the dark!

So on Jackie’s planet, there were no street lamps or outdoor lights. No one needed them because they all had these way-cool glasses with built in night vision.

If she went tap, tap, tap in another way on the keyboard, the glasses became binoculars or a microscope that helped her see the hairy legs of bugs.

Of course, in school, every kid learned how to turn on a movie in their glasses, stare straight at the teacher and move their fingers like they were taking notes. But instead, they’d be watching old re-runs of Star Wars or Malcolm in the Middle . And the teacher could not tell Jackie wasn’t paying attention until he asked, “Jackie, who discovered the law of gravity?” and Jackie answered, “Luke Skywalker.”

But the best part of the glasses came on Jackie’s ninth birthday. Like all the kids on her planet, when she turned nine, she got a special glass’s enhancer kit. It was an expanded keyboard with a wire that plugged into the back of the glasses. With it she could actually program the glasses to analyze stuff.

When she was interested in sports, she could make the glasses analyze people’s body shapes. Those who looked like good athletes would be shown sharp and clear with a label, “Good Athlete.” Those who weren’t would just be fuzzy blobs with a label, “irrelevant.”

If she felt like being a police detective, she could program them to label, “good guy,” “bad guy,” “suspicious.”

Or if she was interested in finding new friends, she could program them with all the things she looking for in a friend and it would flash labels on people, “check him out,” “avoid,” “interesting,” “weirdo.”

Of course the glasses weren’t perfect. Sometimes they’d label an interesting person “weirdo” or a shy person “suspicious.” But they worked pretty well.

Jackie could get up in the morning and put her schedule for the day on the lenses. There would be a little map showing her which way to go so she never got lost. And as she walked through her day, little labels would tell her who to talk to and who to avoid. In fact, she could watch MTV as she walked and the glasses would only flash warnings if there was something she needed to pay attention to.

Now, as I said, Jackie was very curious by nature. As she learned about the way-cool hi-tech glasses, she was curious not only about what her glasses could do. She was curious about the glasses themselves and how they worked.

Jackie lay in bed one night wondering about how the glasses worked. She had a thought, “What would happen if I took them off?” It had been years since she’d had them off. “What a curious idea.”

But she could not remember how to remove them. She fumbled around for a while but fell asleep before she got them off.

The next day, she had the same thought like a whisper in her ear, “Take the glasses off.” So, before going to bed, she went out into the backyard all by herself. Sitting very quietly for an hour, she fooled around with the glasses until she found the release button and “pop” they fell off into her hands. 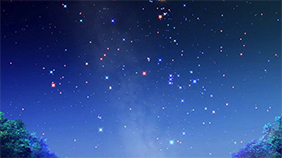 She gasped. The stars were so beautiful! Since there were no streetlights on her planet, there were no city lights to drown out the stars. They were incredible.

And she could hear the crickets and the wind in the branches now that the glasses weren’t play the radio in her ear. It was the most beautiful thing she could remember seeing or hearing!

After a while, she went back into her house. But she bumped into the door and tripped on the rug. She had to put her glasses back on to be able to see in the dark house without hurting herself.

The next day on her way to school, she was remembering how beautiful the night had been. She reached up and found the release and “pop” they fell into her hands.

She was amazed at what she saw. Without labels and fuzzy blobs and angles and the visual enhancements of the glasses, people looked brighter and more alive. They were incredibly interesting to look at. 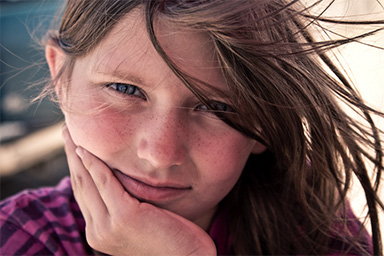 Jackie noticed a girl beside the sidewalk. She was skinny and dirty. She looked like she had been sitting there a long time. But Jackie did not remember her even though she walked this way to school every day. Jackie held up her glasses, and sure enough, the girl did not even show up in the lenses. But without them, there she was.

The girl looked hungry, so Jackie offered her half of her lunch sandwich. The girl looked a little frightened at being noticed. Still, she took the sandwich slowly and took a bite. A little smile came over her face. “Thank you,” she said in a hoarse voice. “Bless you.” And she hurriedly ate the rest.

Jackie turned back to walk to school. But she had a hard time figuring out which way to go. There were so many people who were so interesting. And there were trees and squirrels and magpies. She couldn’t figure out where she was or which way to go. She wandered around and got totally lost. Finally, she put her glasses back on and found her way. She was late for school.

After school, she took the glasses off again. The burst of colors and interesting people made her laugh out loud. She ran to the person nearest her and giggled, “You can take your glasses off. It’s beautiful.”

A little sign went up on the screen of his glasses: “weirdo.” He quickly moved on as if she hadn’t spoken to him.

Jackie was hurt. But she was so excited by all the colors around her that she laughed again and yelled, “Hey everyone! You can take your glasses off!”

“Weirdo” went up on lots of screens and Jackie found herself in a little empty space as people hurried by steering clear of her.

This made her feel sad. She was about to put her glasses back on when she noticed a boy slowly walking straight toward her.

“Did you say something about taking the glasses off?” he asked.

“My name is Thom. I’ve thought about it but can’t figure out how to do it.”

“Oh, there is a little button behind your right ear.”

He fumbled for a moment or two and then “pop” the glasses came off.

He gasped and laughed and stumbled and would have fallen over if Jackie had not grabbed his arm.

“This is incredible,” he said with a huge grin.

Thom had a hard time walking. So Jackie told him he might want to keep the glasses on while moving through the crowds until he got used to natural sight.

Jackie and Thom became good friends. They still liked to watch movies and TV and do all the neat things the glasses could do. But they got more and more used to taking the glasses off. And the more they had them off, the less interested they were in the glasses.

They made up games. Everyday they’d see who could be the first to find a person who didn’t show up in the glasses. Then they’d give part of their lunch to that person.

And everyday or so they’d stop in a crowd and yell, “You can take your glasses off!” Most people moved away from them. But every once in a while, someone would ask them what they meant.

Slowly, they gathered a circle of friends who knew how to take their glasses off. They laughed together and gave a little food to the invisible people.

The other day, the mayor and the police chief said the crime rate had gone down. They said it was because of all the money they had spent on a new crime spotter program in the police glasses. The program suggested criminals and sentences: “Burglar, 18 months.” “Shop lifter, 3 months.”

But Jackie and Thom think it might be because there are fewer hungry people these days since all their friends have been helping the poor.

In fact, Jackie was even wondering about talking to the mayor and the police chief and even the governor about taking off their glasses. “What if all the politicians took their glasses off for a little while each day,” Jackie said to Thom.

Jackie and Thom are still trying to decide if they should talk to the mayor and the governor. I don’t know the end of this story, because it hasn’t happened yet. What do you think will happen next?

First delivered to the Unitarian Universalist Society of Sacramento, on Sunday, November 23, 2003

This document is licensed under a Creative Commons Attribution-NonCommercial 4.0 International License. You are welcome to use all or part of it for non-commercial purposes as long as you credit the author. Specific licensing details are here.
How to cite this document (a suggested style): "Jackie’s Way-Cool Glasses" by Doug Kraft, www.dougkraft.com/?p=JackiesWayCoolGlasses.